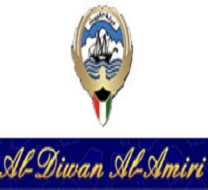 Due to Kuwait's unique geographical position, it has been a major trading centre. This was especially evident during the reign of Sheikh Mubarak Al Sabah who ruled the country from 1896 to 1915. During this time, many delegations and merchants came to Kuwait to conduct business. Thus, the need for a palace that would be the reigning monarch’s headquarters and government office became acute. In 1904, a decision was taken to build a palace overlooking the sea (al seif). It therefore became known as Seif Palace. Since then, Kuwait’s rulers have developed and expanded the original palace. Sheikh Salim Al-Mubarak Al-Sabah was the first to renew the building in 1917. On its main gate, the words: “If it lasted for others it wouldn’t have passed to you” are inscribed. Sheikh Abdullah III Al-Salim Al-Sabah also carried out major alterations and additions in 1961, and by the end of the following year, it was named "Al-Diwan Al-Amiri". During Sheikh Abdullah III Al-Salim Al-Sabah's reign, the Amiri Diwan was headed by Sheikh Khaled Al-Ahmed Al-Jaber who continued in this role until 1990. When Kuwait was liberated from the Iraqi invasion of 1990, Sheikh Nasser Mohammed Al-Ahmed Al-Sabah took over as Minister of the Amiri Diwan on September 10, 1991. His successor and the present incumbent is Sheikh Nasser Sabah Al-Ahmed Al-Jaber Al-Sabah who took up the position on February 12, 2006.

Being one of its prestigious client, Alamiah Building Company had executed various projects for them, few of which are listed hereunder:

Executed the construction, completion and maintenance of a centralised air-conditioned pedestrian bridge over the gulf road connecting the Seif Palace at Arabian Gulf Street Kuwait, worth KD 569,000.000

Executed the design, supply and installation of precast & GRC works for Rehabilitation of building and systems works at Bayan and Seif Palaces, Kuwait, worth KD 273,275.000